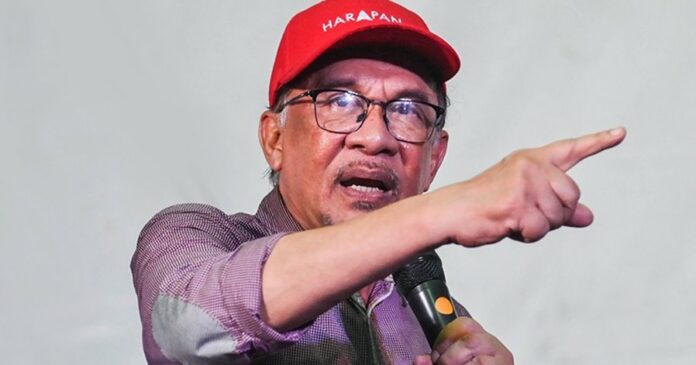 林德宜《谁是下一任首相？》原文：Who Will Be PM After GE15

In an earlier article I had identified moral outrage as being the gamechanger in the coming election. When analysing the key factors that are likely to influence the voter in the polling booth, one can approach it from different angles. Among possible factors are those that relate to the state of the economy and government. Hence the ensuing sense of concern over rising prices and inflation, corruption and other abuses; perception of neglect, feelings
of deprivation or marginalisation all play a role in voter choice.

Opinions of what the competing parties stand for in their policies and are likely to accomplish are, of course, also important. This is why much time and effort are given by parties to election manifestos and publicising the superiority of their policies over that of rival parties.

But perhaps the important consideration that influences voters – more than election manifestos and policy promises – besides moral outrage is the judgement on the personality and associated pull power of the top leaders.

In GE 15 voters will be evaluating the leadership of the 4 competing coalitions – Anwar Ibrahim and Rafizi from PKR/PH; Zahid Hamidi, Najib Razak and Ismail Sabri from UMNO;Muhyiddin Yassin and Hadi Awang from Bersatu/PNG; and Dr Mahathir from Pejuang/GTA.

Pull power relates to the political leader’s personality, image and sense of confidence and respect that is given out. This perception of personality and image has been acknowledged to have a large influence in the determination of voter preference in other countries including in advanced democracies. It may also apply to the latest election in Malaysia.

The unanimous opinion of commentators is that among the prominent Malay leaders battling for the top position in the country, Dr. Mahathir is a spent force. He had been regarded earlier by some analysts as playing an important role in the election tsunami of 2018 which swept Pakatan to power. In this election there is growing evidence that his fall in status -described as “from hero to zero” arising from his role in the Sheraton move and aftermath
that brought down the Pakatan government – will be confirmed beyond doubt if he loses his Langkawi seat.

Not many years ago when Zahid was the newly appointed Deputy Prime Minister, a well regarded columnist had described him in the following way”

“ The UMNO crowd sees him as a people’s politician, someone who is completely without
airs and whom the common folk relate to. His handshakes are firm, he looks people in the eye and he does not hesitate to give friends and long-time associates’ man hugs”.

Some observers now see Zahid, UMNO’s President as a game changer – but in the negative sense – for UMNO and BN. Increasingly on the defensive from his corruption and financial scandal cases, he is now seen as a liability who is responsible for the internal party divisions which has led to prominent leaders not fielded in the coming election speaking out and smearing his leadership.

BN’s election communication director, Shabery Cheek during the most recent coalition election update on 11 Nov, claimed that BN was confident of securing 112 seats or more thus securing a majority on its own in the 222 seat Parliament.

Few within the UMNO camp are as optimistic as Shabery. Ally UNMO game changer Najib and his Bossku following appear to have lost influence and support going into the election with dwindling recent participation in his FB page showing up as an indicator. If the anti-Zahid and anti-kleptocrat movement within UMNO gathers greater momentum, it is possible that the entire BN campaign will suffer badly.

The current list of BN candidates includes 43 from the MCA, 10 from MIC and 4 candidates from parties considered as friends of BN. Unconfirmed reports are of a drying up of the local war chests that have enabled BN to secure grassroots support during past elections. BN election buntings, banners and other election paraphernalia previously conspicuous no longer dominate the streets today. If these pointers are correct, there may be a very small
handful of successful BN non-Malay candidates emerging from GE15.

Bersatu leader, Muhyiddin’s public standing appears to have remained stable despite his role in bringing down the Pakatan government and giving birth to a party composed of political frogs. Bolstered by the key support of Awang Hadi and PAS, his party is increasingly seen as the Malay party of choice in the northern and east coast states.
Muhyiddin also appears to be the Malay leader of choice among Malay youth who, if they turn out in large numbers to vote, could provide the winning edge for the Perikatan coalition in the semi urban constituencies where they comprise a sizable population.

The combination of winning seats in rural and semi-urban areas – even without any big win in the urban constituencies – may be enough to make Perikatan the main player in any hung Parliament. If Pakatan is unable to make inroads into what appears a distinct fall in Malay support for UMNO, Muhyiddin may well return to the Prime Ministership position that he was pushed out from in August last year.

Is Anwar’s Wait Over Soon

Anwar Ibrahim is undoubtedly the star amongst the competing Malay leaders in GE15. Despite a fall in his personal popularity and concern with his poor judgement in the controversies and other developments that have affected PKR and the larger Pakatan coalition, he is widely seen by the urban and non Malay electorate as the Malay leader most
capable of leading the nation to the “New Malaysia” which many voters yearn for – a mission which previous governments have failed to bring about.

For now Anwar’s, and his deputy Rafizi’s concerns will be the extent of confidence and trust which the Malay electorate has in the two leaders. If they are able to garner even a modest minority of Malay support for PKR on election day, Pakatan can end up as the biggest winners in GE15.